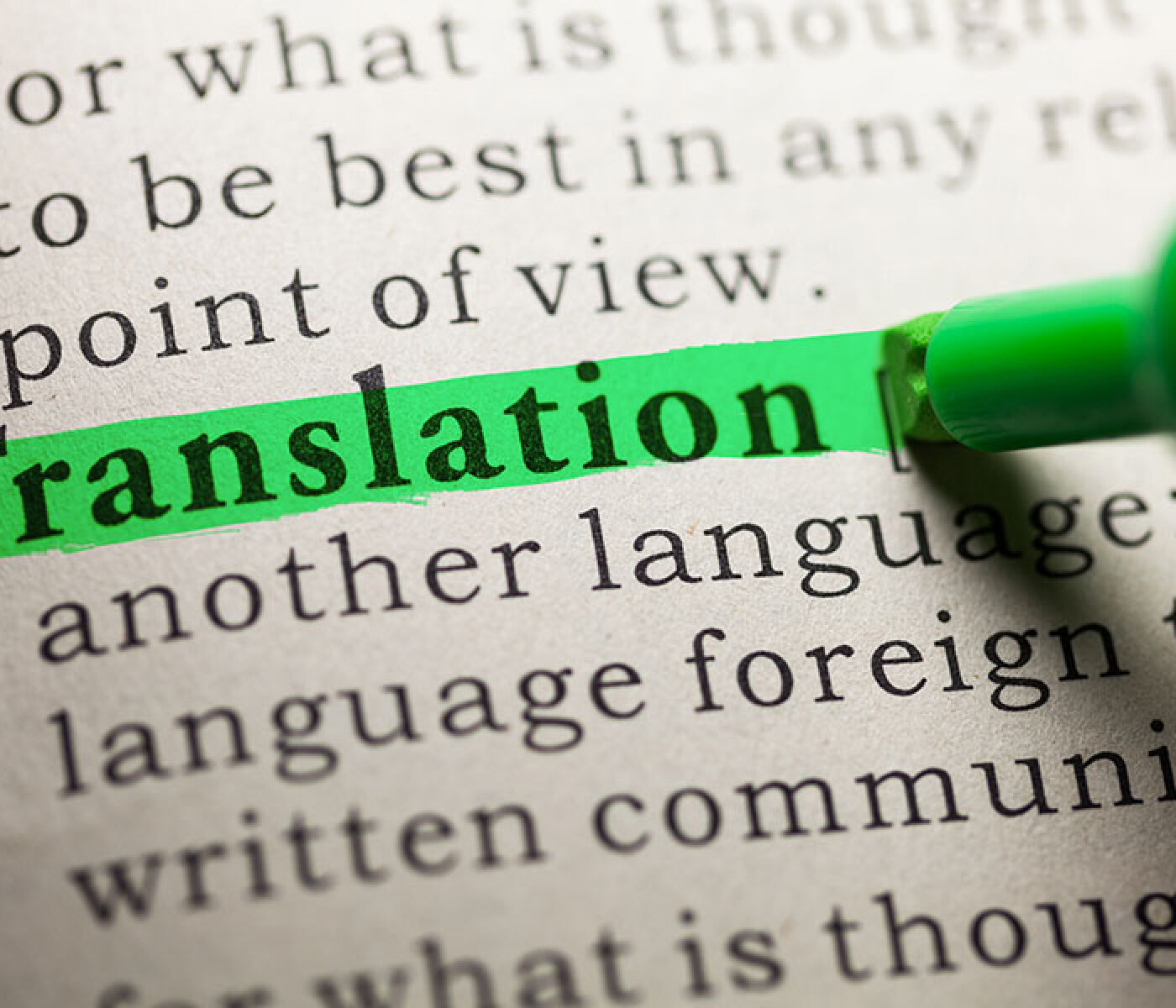 This blog post is the second in a three part series covering machine learning approaches for time series. In the first post, I talked about how to deal with serial sequences in artificial neural networks. In particular, recurrent models such as the LSTM were presented as an approach to process temporal data in order to analyze or predict future events.

In this post, however, I will present a simple but powerful convolutional approach for sequences which is called Temporal Convolutional Network (TCN). The network architecture was proposed in (Bai, 2018) and shows great performance on sequence-to-sequence tasks like machine translation or speech synthesis in text-to-speech (TTS) systems. Before I describe the architectural elements in detail, I will give a short introduction about sequence-to-sequence learning and the background of TCNs.

Sequence modeling, or specifically sequence-to-sequence learning (Seq2Seq), is a task which is about training models to convert sequences from one domain (e.g. written text) to another domain (e.g. the same text synthesized to audio). On the other hand, one speaks about sequence labeling if the input sequence is assigned with a sequence of labels drawn from a fixed alphabet (e.g. part-of-speech tagging).

If the model is causal, $$\mathbf y_t \in \mathcal Y$$ only depends on $$\mathbf x_{1:t}$$ and not on $$\mathbf x_{t+1:T}$$, i.e. there is no leakage of information from the future. This causality constraint is essential for autoregressive modeling, e.g. in word-level or character-level language modeling.

As I have shown in the previous post, recurrent networks are dedicated sequence models that maintain a vector of hidden activations that are propagated through time (Graves, 2012). They have gained tremendous popularity due to prominent applications to language modeling and machine translation.

Convolutional networks, however, have been applied to sequences for decades (Sejnowski, 1987) as well, and they were prominently used for speech recognition in the 80s and 90s. More recently, convolutional networks were applied to sentence/document classification (Zhang, 2015), machine translation (Kalchbrenner, 2016) and audio synthesis (van den Oord, 2016). The results indicate that convolutional architectures can outperform recurrent networks on tasks such as machine translation and audio synthesis.

In the following, you will learn about the TCN structure and its basic architectural elements. It is inspired by recent convolutional architectures for sequential data and combines simplicity, autoregressive prediction, and very long memory. The TCN is designed from two basic principles:

Simple causal convolutions have the disadvantage to only look back at history with size linear in the depth of the network, i.e. the receptive field grows linearly with every additional layer. To circumvent this fact, the architecture employs dilated convolutions that enable an exponentially large receptive field. More formally, for an input sequence $$\mathbf x \in \mathbb R^T$$ and a filter $$h:\{ 0, \dots, k-1\} \rightarrow \mathbb R$$, the dilated convolution operation $$H$$ on element $$x$$ of the sequence is defined as

where $$d = 2^\nu$$ is the dilation factor, with $$\nu$$ the level of the network, and $$k$$ is the filter size. The term $$s-d\cdot i$$ accounts for the direction of the past. Dilation is equivalent to introducing a fixed step between every two adjacent filter taps, as it can be seen in the following figure:

Using larger dilation enables an output at the top level to represent a wider range of inputs, thus effectively expanding the receptive field of a CNN. There are two ways to increase the receptive field of a TCN: choosing larger filter sizes $$k$$ and increasing the dilation factor $$d$$, since the effective history of one layer is $$(k-1) \, d$$.

Another architectural element of a TCN are residual connections. In place of a convolutional layer, TCNs employ a generic residual module. Each residual block contains a branch leading out to a series of transformations $$\mathcal F$$, whose outputs are added to the input $$\mathbf x$$ of the block

This effectively allows layers to learn modifications to the identity mapping rather than the entire transformation, which has been shown to benefit deep neural networks (He, 2016). Especially for very deep networks stabilization becomes important, for example, in the case where the prediction depends on a large history size ($$> 2^{12}$$) with a high-dimensional input sequence.

A residual block has two layers of dilated causal convolutions and rectified linear units (ReLU) as non-linearities as shown in the following figure: 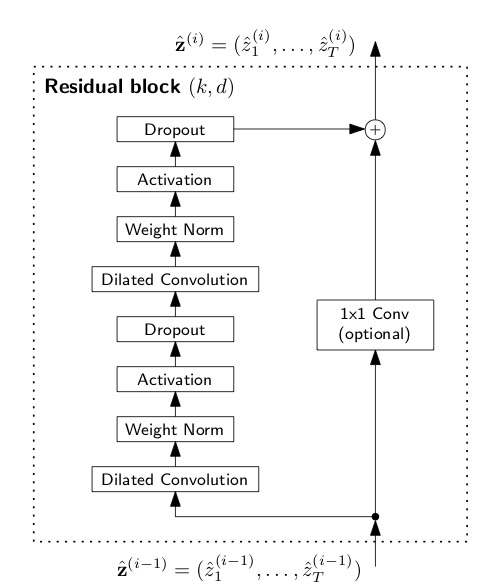 Weight normalization (Salimans, 2016) is applied to the convolutional filters and a spatial dropout (Srivastava, 2014) is added after each dilated convolution for regularization, meaning that at each training step a whole channel is zeroed out.

As you learned in this blog post, the TCN model is deliberately kept simple, combining some of the best practices of modern convolutional architectures. Therefore, it can serve as a convenient but powerful starting point when dealing with sequential data.

TCNs can be build to have very long effective history sizes, which means they have the ability to look very far into the past to make a prediction. To this end, a combination of very deep networks augmented with residual layers and dilated convolutions are deployed.

The TCN architecture appears not only to be more accurate than canonical recurrent networks such as LSTMs and GRUs, it also contains the following properties:

TCN implementations for different ML libraries can be found here: